Recently I came accross an old but functional magnetron of an microwave oven. I decided to build my own small homemade microwave oven. It is 2M253K type. Its max output power is 850W, frequency 2455MHz. Heater voltage 3.3V and a heater current of about 10A. 4kV anode voltage, current 300mA. Power consumption is therefore up to 1200W and the efficiency about 70%. As I had no oven cabinet at time, I operated this Magnetron unusual way - I used the box from an old PC power supply as microwave shielding. Then I started looking for shielding that is transparent but shields microwaves - window to observe the experiment. Finally, I used dot mask of an old VGA color screen CRT monitor. It's basically a metal plate with miniature holes - fine grid. Another problem was that in such a small cavity where nothing does absorb microwave energy well, it is not possible to radiate 850W power (it would destroy the magnetron or melt metal box). That's why I operated the magnetron at the low power - only 12W. As the power supply I used a similar circuit as in an ordinary microwave oven, with a 700W MOT. Power reduction is ensured by using only 16.5 nF capacitor instead of the normal capacity of about 1uF. The capacitor is constructed as an MMC made of 20pcs of series-connected capacitors 330nF 275Vac. When power is only 12W, MOT and magnetron do not need cooling. Heat-up of magnetron takes about 2 seconds. All tubes filled with a gas, such as fluorescent lamps, neon lamps and discharge lamps, are lit inside the box without cables. So this is how I built my small homemade microwave oven :).

WARNING !!!
This page does not serve as a guide! This is just a curiosity, not intended for reproduction. Therefore I do not describe the safety precautions. I will not enumerate all of the risks. Never attempt to do this! If you, despite warnings, decided to make this experiment, I do not take any responsibility for any of your damage. 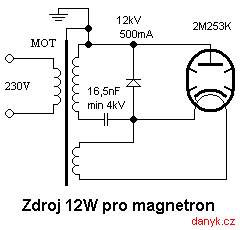 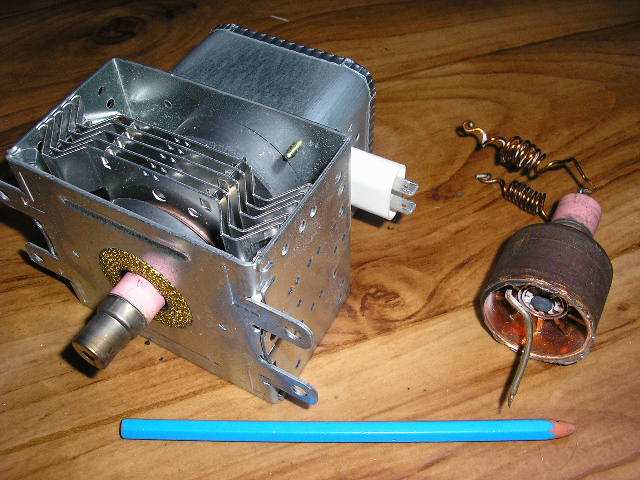 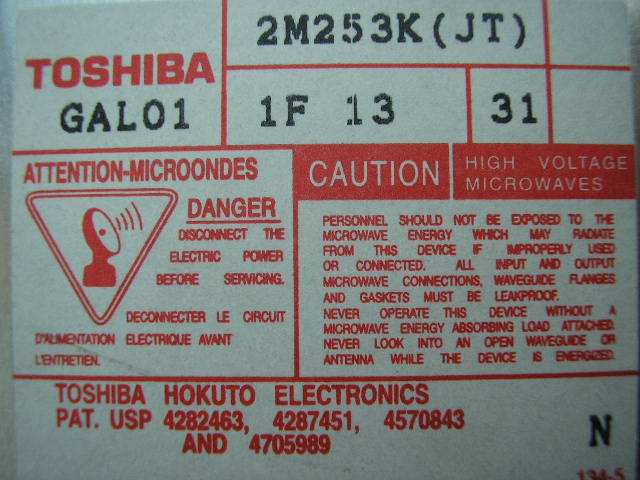 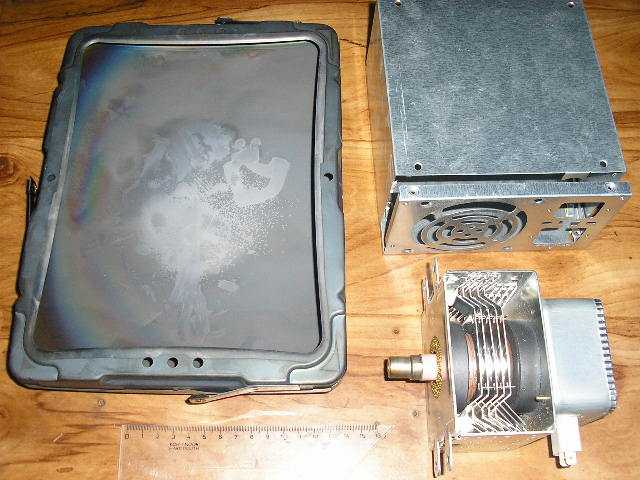 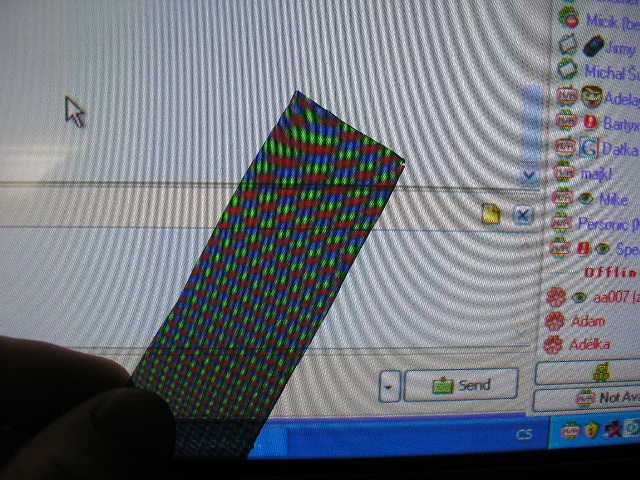 piece of mask - there are tiny holes in it and when placed over another CRT screen it causes color moire. 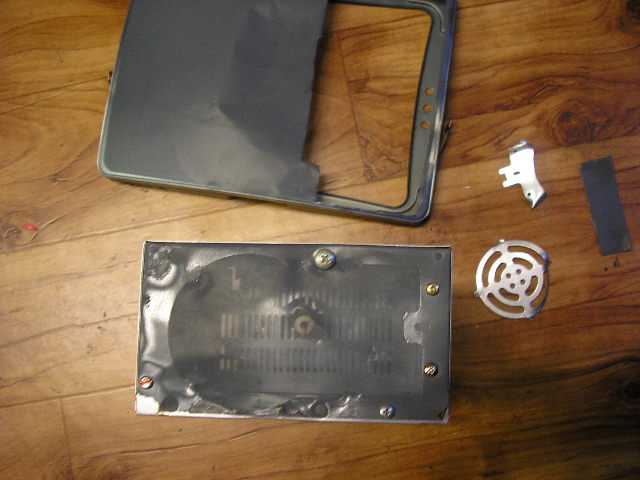 net carefully attached to the box. 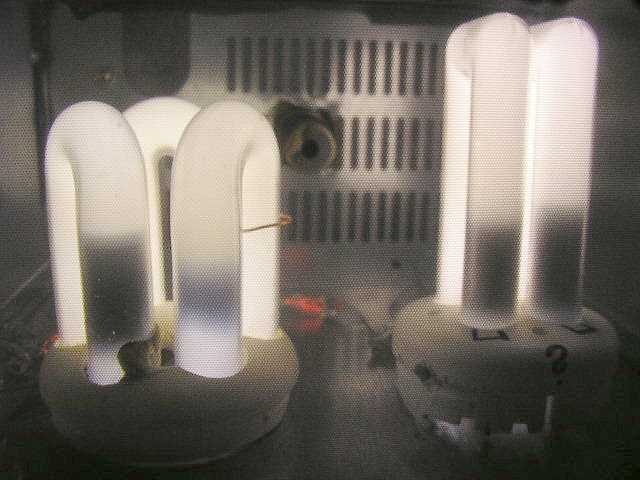