I decided to test some batteries available on the market (especially ebay) and find out the truth about their parameters, especially the capacity :). I focused on the AA NiMH batteries. For testing, I used my Battery capacity meter. It turned out that the accumulators are definitely not worth the money even with the very low price. Cheapest NiMH have up to 15x less actual capacity than the nominal (!!!). ESR (internal resistance) is vice versa several times higher than it should be. Such pieces are good only for trash bin. It seems that the market is flooded with fakes, absolutely useless counterfeits, whose manufacturers declare any capacity thay want. According to some sources there are even NiCd rechargeable batteries relabeled as NiMH (!). It seems that the larger the quoted capacity, the lower the real :). Declared capacity often is technically not possible (3000mAh, sometimes even 3800mAh in AA size). Quality rechargeable AA batteries usually have 2000 mAh. There are also 2500 mAh, but the 25% extra capacity is achieved at the expense of other parameters, such as lifetime (number of cycles), self-discharge, and immunity to deep discharge etc.. Besides measuring the capacity of the battery I also measured their weighed. I pointed to an interesting dependence: the heavier, the better. Good AA rechargeable batteries weighs around 25-30 grams. Worst may only have 14 g. You can tell such a difference just by holding them in your hand. On the market there are no-name batteries, and also counterfeits of good brands. The most poor ones even have a hollow part. The problem is not only to their low capacity but also in a high internal resistance. Because of it, high current-consuming appliances (eg. digital cameras) reports dead battery very soon. (Eg. capacity 750mAh by itself wouldn't be so bad. I remember that in my first digital camera, I used quality 600mAh NiCd and even with such a low capacity they were able to take a lot of pictures because of their low internal resistance.) 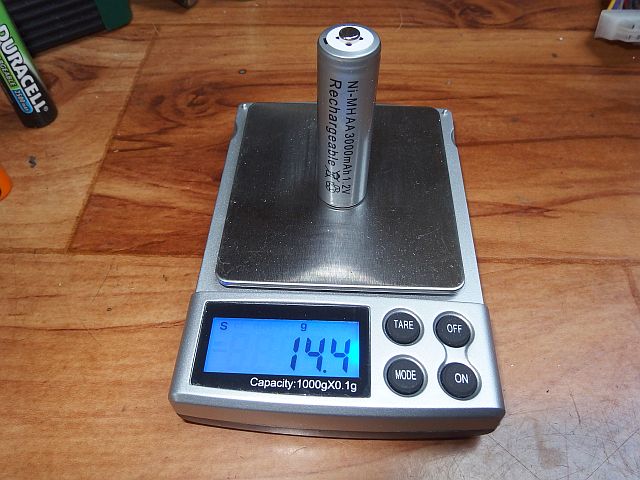 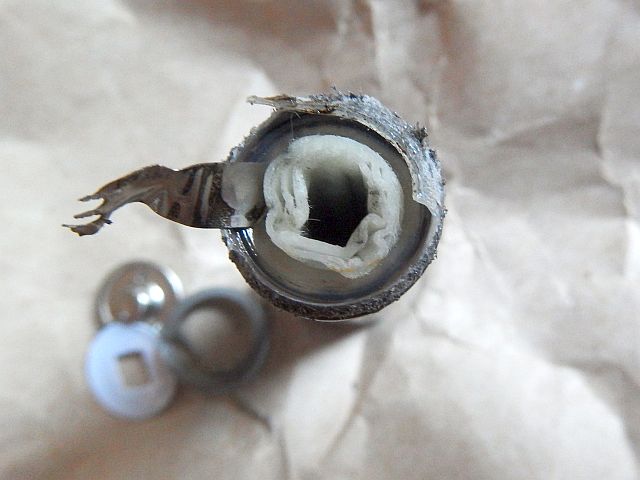 Type 1 - disassembled. The center is hollow :) 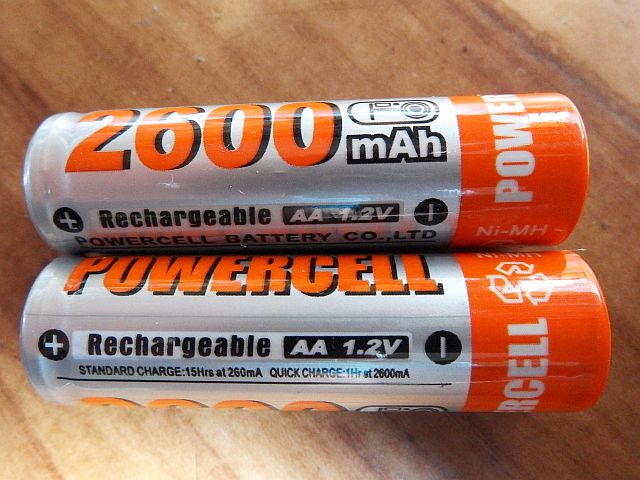 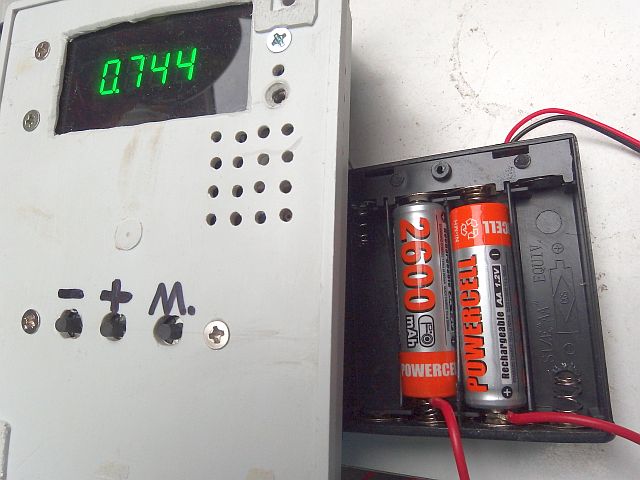 Type 4: NiMH of C.F.L. brand with unbelieveable 3800mAh capacity. Recommends standard charging 380 mA for 14h and fast 900 mA for 2.5 hours. Such capacity in AA battery is a nonsense. Therefore, it is also written "Up to 3800mAh". Anything less therefore meets the specifications :). Measured 525mAh capacity is no surprise. Type 5. This NiMH batteries from SDNMY (what the hell is that?) Seems to be a real miracle. States 3800mAh capacity, but recommends charging at 60 mA for 15h, therefore, charged capacity is 900mAh. It is therefore a perpetual motion machine with 422% efficiency. :) I would rather say that the recommended charge corresponds to reality. Standard charge are usually 0.1C for 14-16h, so the actual capacity will be 600mAh. This battery is different from the previous by ony in the fact that recommended charging is selected by fact, not by fictional capacity. 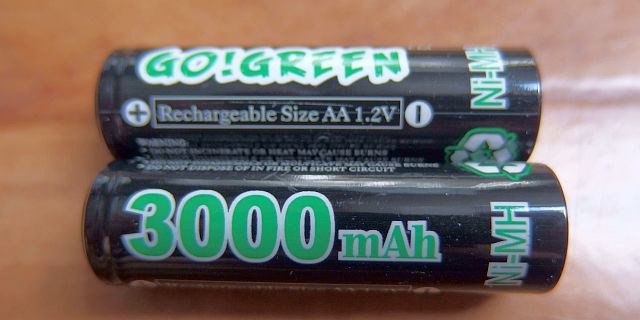 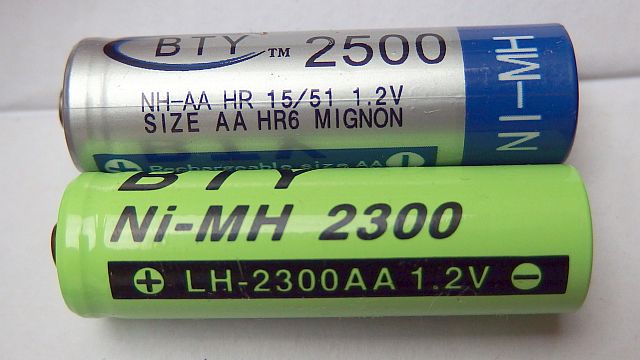 Type 8 and 9 - NiMH batteries BTY. They state 2300mAh and 2500mAh. I measured 239mAh and 169mAh. This is not the worst result so far. Last one has only 6.8% of the declared capacity, so the trash container is the only suitable place for it.