Introduction:
This device is intended to transmit up to 4 independent commands to a distance up to 50m. Pressing buttons 1, 2, 3 or 4 on the transmitter turns the corresponding output of the receiver to logic 1. After the button is released, the output returns to logic 0.
Description:
Beside the facts described above, the device is identical with this one, and so i will omit the detailed description. The only difference is that this command remote control does not have ON-OFF toggle outputs. It can be used for example to add the remote control to the button-controlled devices that did not have one or as a remote control for toys (eg. car models), and so on.

Warning! If the device switches mains voltage or other hazardous voltages, it should be treated accordingly. When bad construction the receiver may have dangerous voltages in all its parts. All you're doing, you do at your own risk and your own responsibility.

I can send you the programmed microcontrollers. For more info click here. 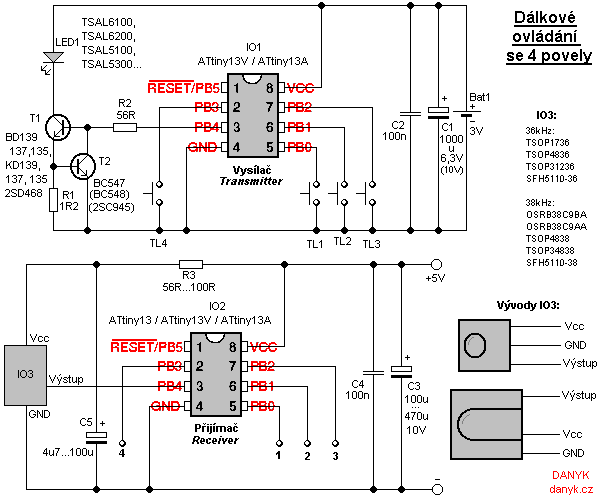 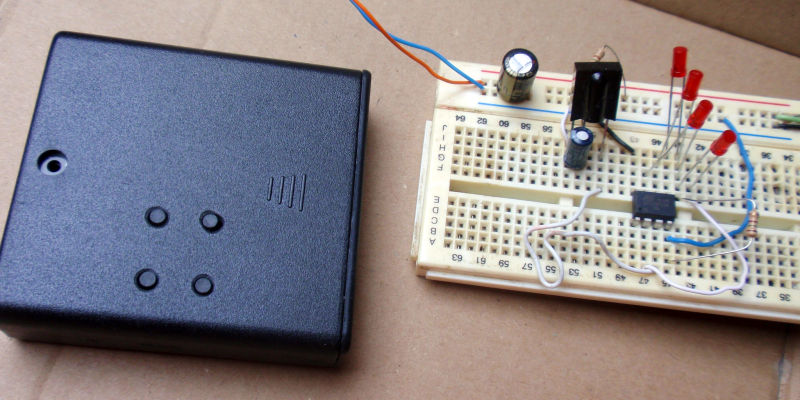