This effect can be connected to almost any brushless fan (the "PC fan"). I used a 12 cm fan. Brushless fan uses a logical Hall sensor. In my case it was the sensor with two outputs of open-collector type - always one output is open and one closed. These outputs are connected to a double coil of the motor. Outputs are usually rated for max current of 300-800 mA. Maximum input voltage of sensor is usually 18 - 24V. They are usually resistant against reverse polarity, but don't rely on it. Most of fans use sensor like 276 or 277. Pin connection is almost always the same.
In Fig. 1 you can see the schematic of simplest fan with two coils. Some also tend to have a parallel capacitor to power and protective capacitors or RC networks between the output and the negative pole. I added the fan a simple color LED light effect, see diagram in Fig. 2. LEDs are connected together antiparallel way. You can also connect more pairs of antiparallel LEDs in series or series-parallel. The value of R1 can be edited. During each fan revolution, Hall probe is tilted back and forth twice. As a result, color LEDs change the color in one direction and back twice per revolution. Switching of colors is synchronous with the rotating fan. The effects operates on a principle of static stroboscopic effect, see photos below. I used 3 blue and 3 red ultra bright color LEDs - 3 pairs in connected series.
Hall sensor magnetic field detector is also described in this article: Hall sensor - magnetic field detector . 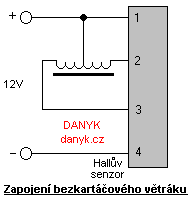 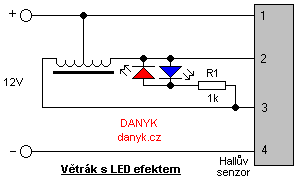 Connecting the LED color light effect to the fan.

The white paper is attached to a fan. Anything white can be used. 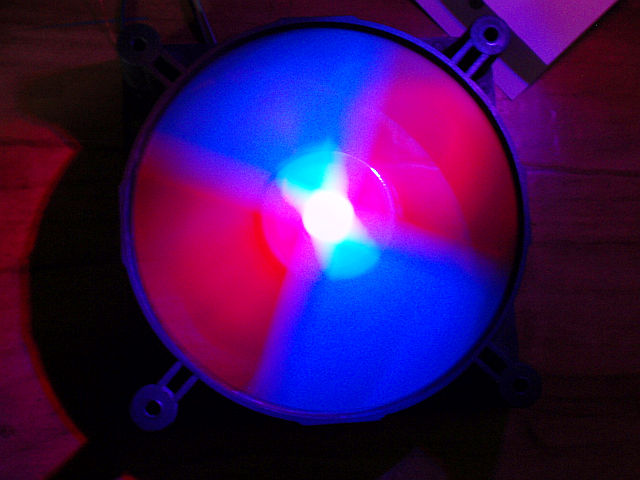 After starting up the fan illuminated with colored LEDs, it looks like this. 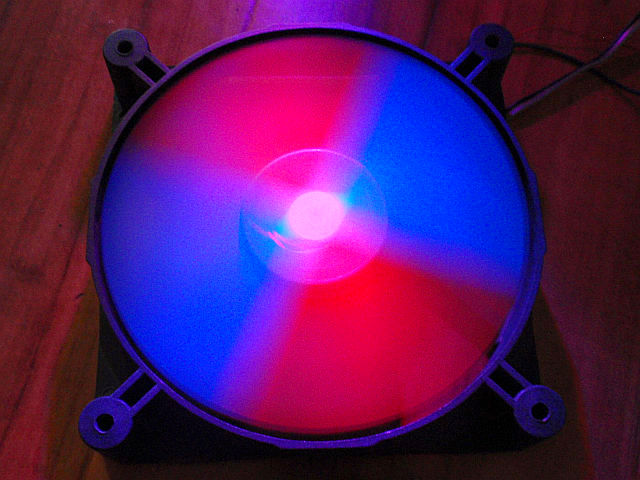 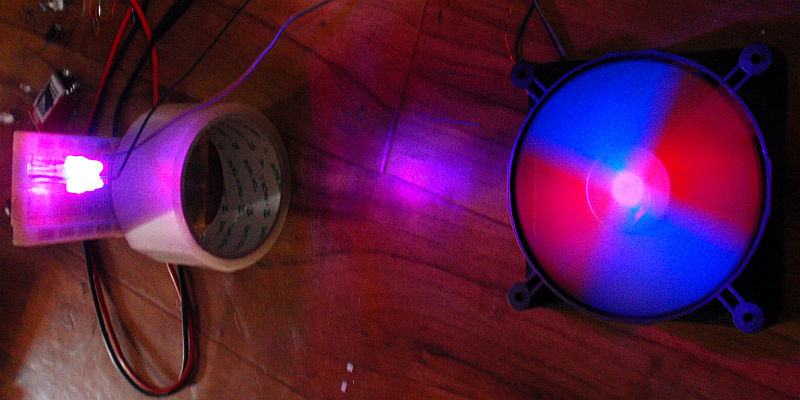 The fan and the ultrabright blue and red color LEDs.


Video 1 - Demonstrating the principle of Hall sensor and brushless fan.