I always liked tube television and video equipment. Previously, I only collected it, but now it occurred to me: What if I tried to build something like that. The result is not an entire television set, but the video monitor. In the future it would be possible to also add a simple tuner and sound and make entire TV. (Update: After the end of analog broadcast the tuner does not make sense. However, it is possible to connect it to a DVB-T tuner / set top box.) The entire unit has only 4 tubes. As a source of video signal can serve a VCR, DVD player or camcorder. When using the SCART (male), video signal is on pin 19 and ground pin on the pin 18.
To create the image you need only 2 sawtooth waveform oscillators and amplifier for deflection plates, video amplifier and of course the picture tube :). Oscillator of vertical (50 Hz) and horizontal (15625 Hz) deflection are made woth EF80 lamps (pentodes) connected as fantastrons. Connections of both are the same, the only difference is the values ​​of the components. Amplification of the two deflection signals and generation of symmetric voltage for both pairs deflection plates ensures a double triode 6CC42. The second lamp of the same type is used as a two-stage wideband video amplifier. The DC component is not renewed. The screen is modulated into the grid. 10M resistor sets fixed brightness. Synchronization is derived from the output of the first stage, where the signal is inverted. Voltage on both pairs of plates have the same amplitude. Rectangular picture is ensured by the fact that vertical pair of plates has a higher sensitivity. That is why the screen is rotated by 90°. High voltage of the CRT (2kV) is negative, its filtered using the capacitor from microwave (cca 1uF / 2100V~). Heater winding of the CRT has thick insulation. Grid of CRT is connected to the amplifier through a high voltage capacitor. The screen is 8LO29M made in the former USSR, has blue screen, diameter 8 cm.
Later I rebuilt the monitor to a larger CRT and added the sound. The result can be seen here.

Warning! There's high voltage in this device! Prior to manipulation, it is always necessary to disconnect it from the network and make sure that the capacitors are discharged. The CRT tube can implode. You do everything on your own risk. The schematic of Vacuum tube monitor with 8LO29M CRT tube (click to enlarge). All capacitors are 400V unless otherwise noted. 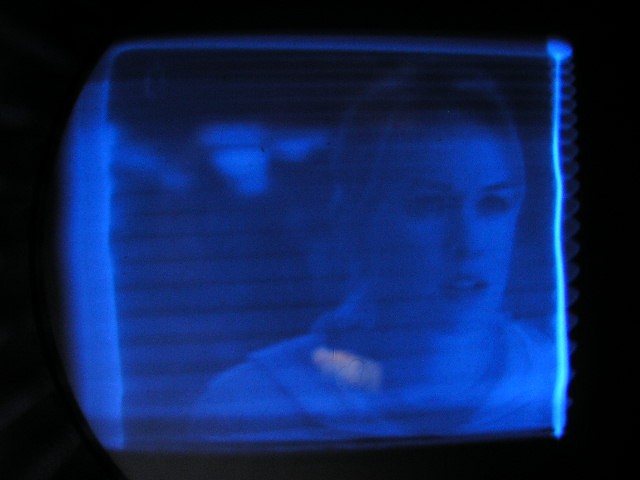 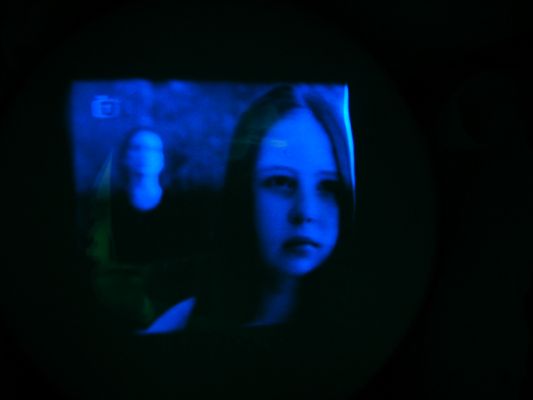 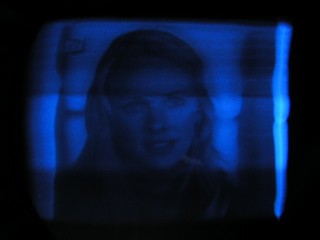 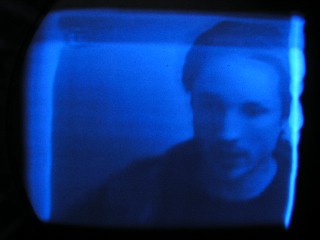 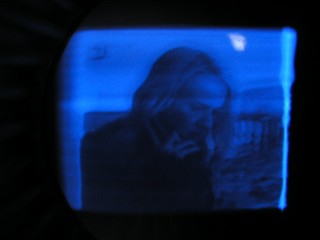 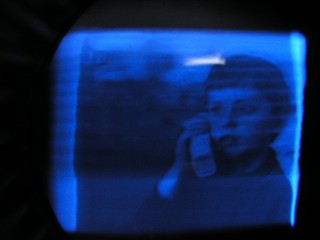 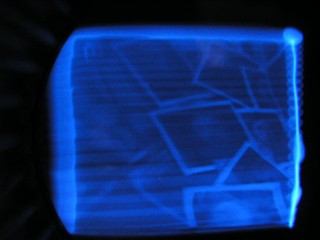 The raster at low line rate. 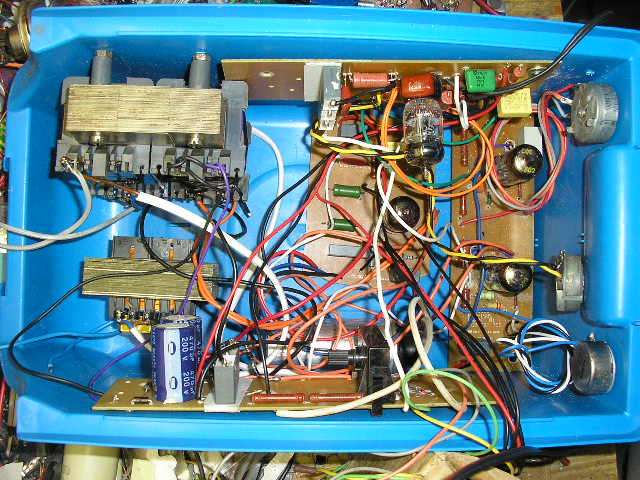 The electronics of homemade vacuum tube television monitor built into a box. 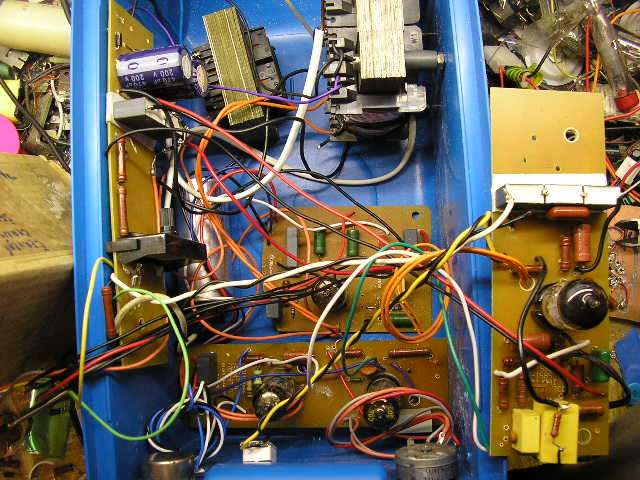 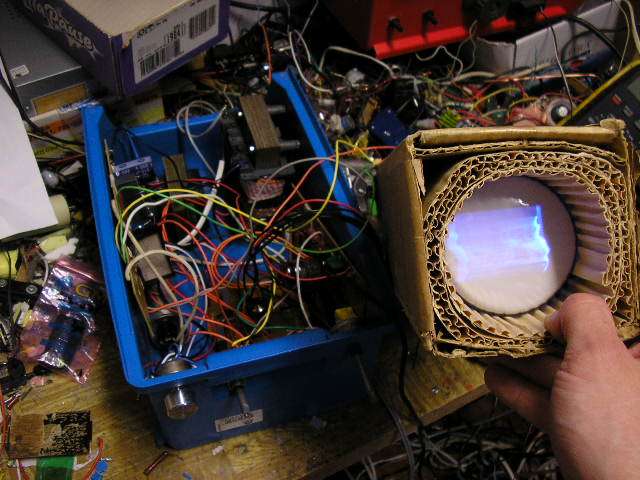 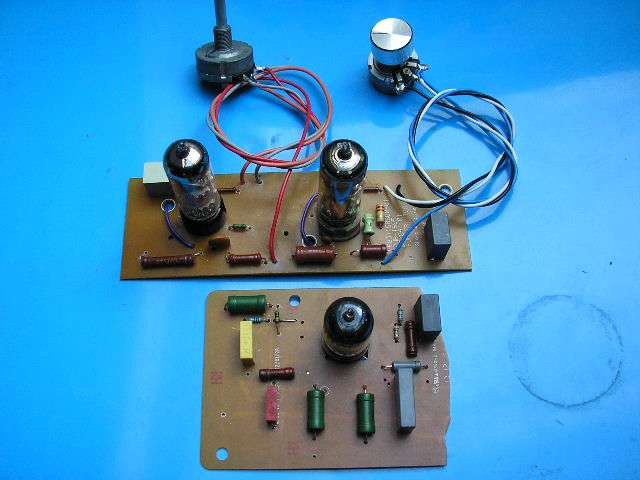 at the top: horizontal and vertical oscillator, at the bottom: deflection output stage 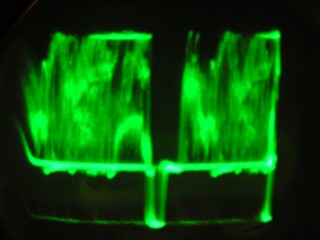 Videosignal on an vacuum tube scope 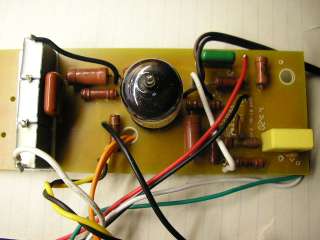 Original datasheet of the CRT in russian.